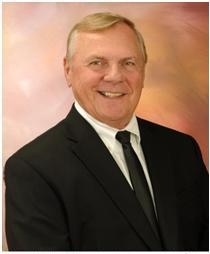 Gary G. Gabram was elected as a township trustee and began his four year term on January 1, 2014. Gary is a lifelong resident of Russell and previously served as a Russell Township trustee from 1980 to 2000.

He graduated from West Geauga schools and the University of Findlay. He is a retired educator from the Kenston school district. He has just recently retired after 40 years a part-time firefighter /EMT for the city of Pepper Pike. He also served the township and

community as a member of the Russell Fire Dept, beginning as a cadet in high school and ending as assistant fire chief prior to his election as a trustee. During that time he was a founding member of the Geauga County Dive Team. He has also served on the West Geauga
Rec Council; was active in the Geauga County 4-H Beef Club; and is a lifelong active member of Valley Lutheran Church in Chagrin Falls. Following his first tenure as trustee, Gary also served as the citizen liaison for storm water management for Russell.

Gary is excited to be more involved in township government once again. He believes that the township form of government is a pure and simple way to carry out the will of the people. It relies on accountability, a balanced budget, providing the citizens with the best
services affordable; and staffing the best employees to administer the services. In addition, creating, maintaining and enforcing a strong zoning code is the key to keeping Russell's large lots and green spaces intact. Lastly, financial planning for the future needs and unexpected events affecting the township means avoiding a money crisis when something occurs, or a piece of large capital equipment needs replaced.

Gary encourages directly contacting him if you have a question concerning Russell.